Care for yourself in the New Normal, it’s okay, really. By H Michelle Johnson

Care for yourself in the New Normal, it’s okay, really.
By H Michelle Johnson, Life Coach and Author

‘If God really loves me, why do I experience adversity?’ It’s a question most Christians have mulled over at one time or another during their lives. Its definitely a question I’ve considered a number of times since I became born again 25 years ago. Back then, I had come to Christ out of sheer desperation.

I was a Masters degree student at the University of Leeds – while living (and working) in London. In those days, the internet was a fairly new idea and Microsoft hadn’t yet fulfilled its vision to have ‘a computer in every home’. In other words, to attend my classes at Leeds, I had to travel there. It meant a four-hour trek up the M1 on a National Express coach, from Victoria Coach Station. I’d head off every Sunday afternoon, under dark, heavy winter skies, spend two days in Leeds and make the trek back to London on Tuesday night. I worked as an agency nurse the rest of the week.

Looking back, I don’t think that is what caused my depression. It was just the straw that finally broke the camel’s back. What I do know is that life suddenly and unexpectedly became cloaked in a foggy, dark sadness and I had no idea why or what this was.

As this went on for weeks, I was coping less and less. I decided to go to church one Sunday morning before going straight over to Victoria Coach Station. Having grown up in a godly family, I was used to church, and stepping back inside one after years and years of worldly life felt familiar to me. I listened to the sermon, hanging on to every word, with a crippling ache in my heart and, tears streaming down my face. I needed God, so very much. That day I responded to the altar call and dove, hook, line and sinker, into my new life as a born-again Christian.

Within weeks that foggy, dark sadness was gone. I was so grateful to God and threw myself into service to him. I was in every service, attended all the discipleship classes and got baptised. I joined the gospel choir, the homeless ministry team, volunteered in the publications department, did street evangelism on Saturday mornings – losing all my old friends in the process. But God had been so good to me, I loved him and wanted pour my life out as an offering to him.

But about 10 years on, I hit a wall – metaphorically speaking, of course. This time I decided to see a doctor to try to get to the bottom of the crushing emotional pain that had once again, begun to consume and overwhelm me. I was then told depression was the cause. That felt like the most ridiculous thing I’d ever heard. After all, I was a Christian. I was a ‘strong black woman’. I was a leader in my church. I help and support others. The doctor had got it wrong. I left her office and didn’t go back….

You’ll need to read my book Bouncing Back, Your Mental and Emotional Resilience in the New Normal and Beyond, if you want to know how things turned out after that! I am an award-winning author and this is my second book. The pandemic and lockdowns spurred a sharp increase in mental health needs across all sections of society, including the church. I think we don’t talk about mental wellbeing nearly enough despite the fact that one in four people in the UK experience a problem with their mental health in any given year, one in ten women are on anti-depressants and almost fifty percent of pastors take sick leave because of a mental health issue. Bouncing Back takes a loving, light-hearted yet impactful look at mental health self-care. It will make you laugh, encourage you to reflect on your own mental health and wellbeing and take the steps needed to safeguard it and build resilience in this new world. Order your printed or digital copy online at The Book Depository, Amazon, Kindle, Apple, Waterstone and all other good book retailers.

No comments to show. 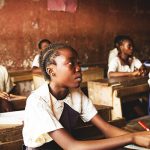 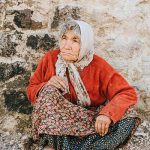 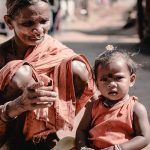